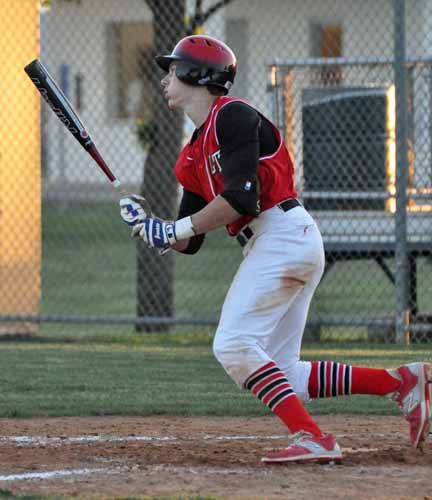 Austin Hiller almost didn’t have enough time to get nervous about his varsity baseball debut. Almost.

Elevated from the junior varsity Monday, the sophomore learned Tuesday afternoon he’d be in the lineup – batting leadoff no less -- that night at Del Valle. He might not come out of the lineup anytime soon.

“I was really anxious about it, but I was glad I could go out there and help the team,” Hiller said after getting three hits in four at bats, scoring three runs and driving in five to pace the Cavaliers to a 19-0, 5-inning win.

Hiller drew a leadoff walk and scored on Jared Triolo’s triple, then singled in two runs later in the first inning. He added a two-run triple in the second and an RBI single in the fourth before spoiling his perfect night by fouling out in the fifth.

“He’s definitely earned another shot or two,” coach Mike Rogers said of Hiller after the game. Another Cavalier made his varsity debut. Freshman infielder Chase Ratcliff made a nifty play on a grounder and singled in his first at bat as well.

“Competition is always great,” said Rogers. “You give them an opportunity and they step in with nerves of steel and have a great day.”

The Cavaliers broke the game open early with nine runs in the first and never looked back. Lake Travis pounded out 19 hits, and Hiller, Brad Demco, Chris Funk, Asher Cook, Dylan Bryant and Tanner Looney had at least two hits each. Jacob Wyeth delivered a two-run triple in the first to chase Del Valle starter Ryan Wilhite, who didn’t record an out.