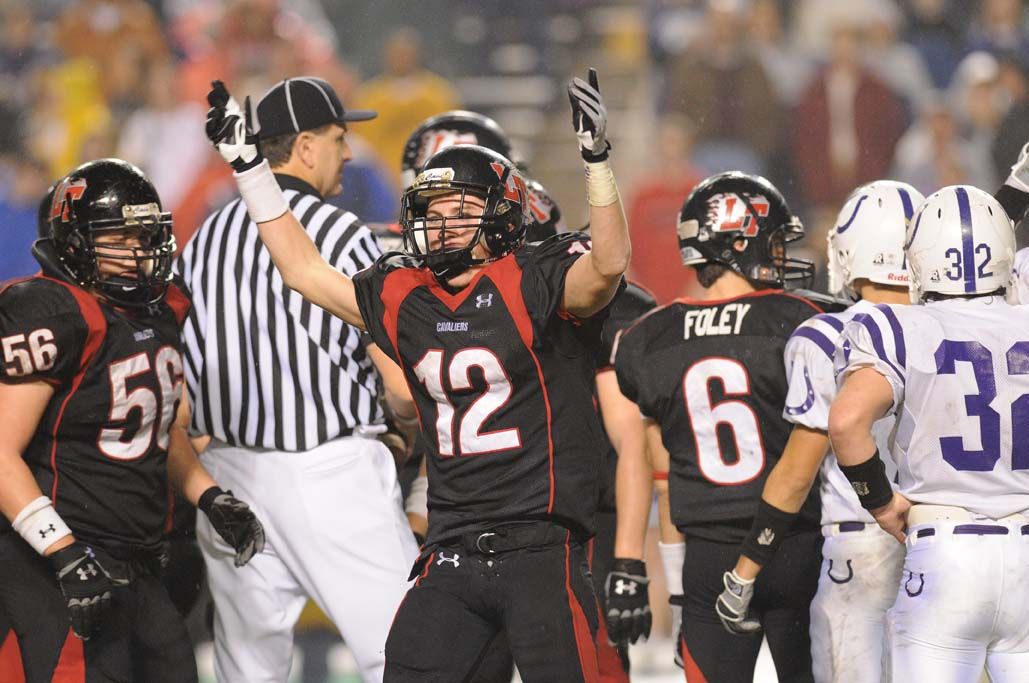 A state quarterfinal matchup that saw Jones and its slot-T offense take only three plays put Lake Travis in a 14-0 hole. Jones scored on its second play of the game, and after forcing a three-and-out on Lake Travis’ opening possession, scored on the next play for good measure. The start led to one of Jeff Dicus’ finest moments as Lake Travis’ head coach. Instead of scolding for missed assignments, the fiery coach simply asked his players if they wanted to start playing, and they responded (Chapter 10). Garrett Gilbert threw seven touchdown passes, four to Jason Bird, and Lake Travis stormed back to keep its championship quest alive.