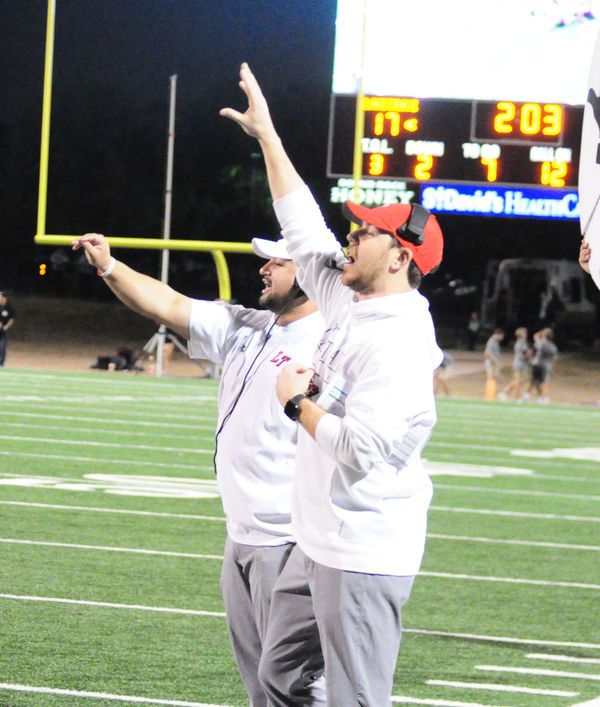 One of the state’s most coveted assistant coaching jobs is open again.

After two years, Will Stein is stepping down as Lake Travis’ offensive coordinator to become the wide receivers coach at the University of Texas-San Antonio. Stein’s first official day with the Roadrunners will be Saturday.

“This is a great opportunity for me to get into college coaching,” Stein said. “I wasn’t really thinking about it, but when [new UTSA coach Jeff Traylor] called, it was an opportunity I couldn’t pass up.”

“Traylor’s a good friend of mine and he let me know that he wanted Will to come work for him,” Carter said. “This is a great opportunity for him because he doesn’t have to leave this part of the state, and he’s going to work for a guy he cares about.”

Stein and Traylor joined the University of Texas staff at the same time in 2015 and worked well together.

“We just gravitated to each other,” Stein said. “He took me under his wing and taught me about high school football in this great state, and I always knew I wanted to work for him if the chance came up.”

UTSA hired Traylor on Dec. 9 and the new coach has been splitting his time recruiting and building out his new staff. Stein spent several years as a graduate assistant and analyst at Texas before joining the Lake Travis staff.

In his two years, Lake Travis reached the 6A, Division I semifinals each year and won the District 25-6A title this past season. The Cavaliers averaged 45 points and 444 yards of offense per game in 2019 after averaging 43 points and 432 yards in 2018.

“It was hard to tell everyone that I was resigning,” Stein said. “There are the relationships you form with the players, but this coaching staff is like family to me and my wife. Being on a staff like this, where you work with people that you love and respect, is what makes Lake Travis a special place. It felt special every day.”

“He did a terrific job here,” Carter said. “It’s a bummer for us, but we’re excited for him. He leaves some big shoes to fill.”

Carter said he’s already received some inquiries about the job but isn’t ready to start an official search.

“We may have candidates on our current staff and we will have a lot of interest from folks outside the program,” Carter said. “We know how to do this. We are going to take our time and make sure that we find the right guy and get him in place.”