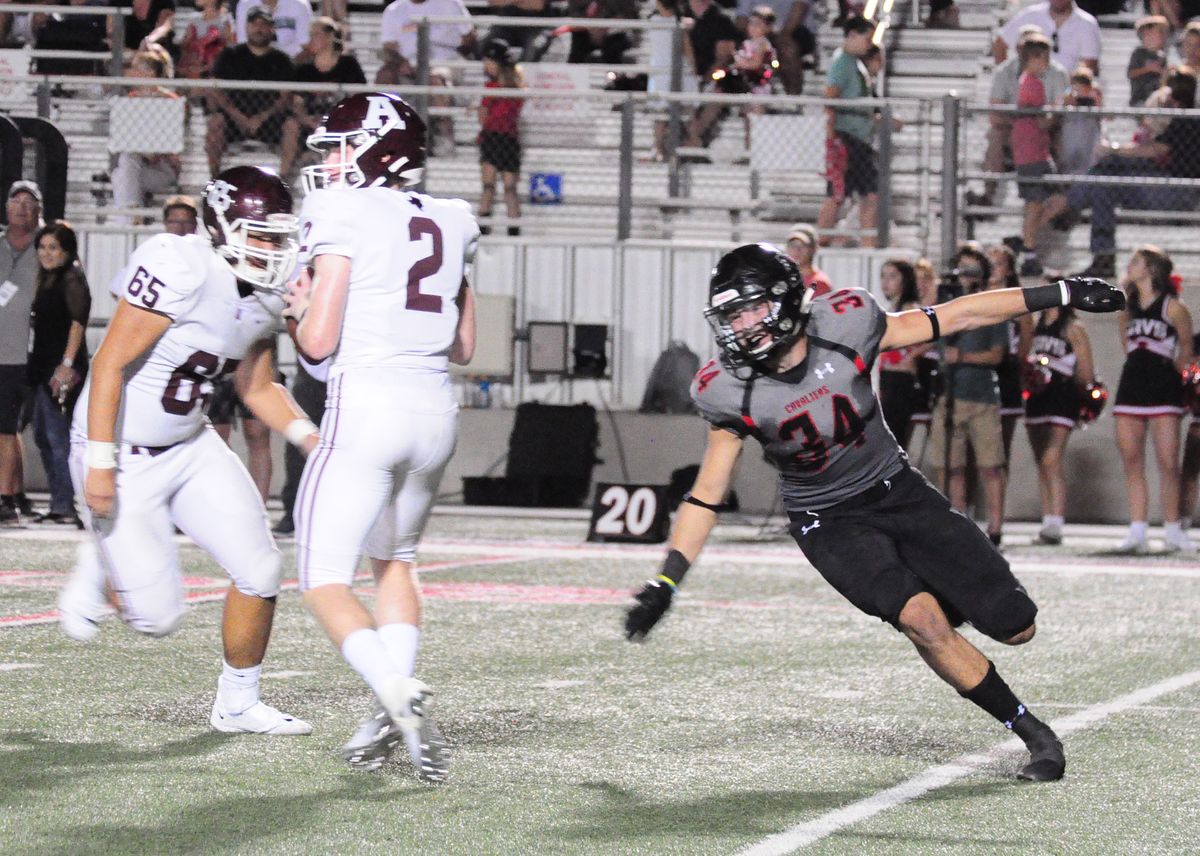 Lake Travis will celebrate its homecoming Friday by welcoming Austin High to Cavalier Stadium for a battle of District 26-6A unbeatens.

The Maroons are off to another high-scoring start thanks to Texas-bound quarterback Charles Wright. But the team has been much more than that early in the season. Yes, the Maroons won a shootout against Bowie 57-56, but allowed only 14 points in their other two wins.

“I like the way we are playing in all three aspects of the game,” Maroons coach Mike Rosenthal said Monday. “Our defense has gotten to the point where the kids are playing fast. They believe in what we are trying to do and everyone is playing really hard.”

“They do some really good things with the routes they run,” Carter said. “We’re familiar with the quarterback and he’s an excellent player. It will be a big test for us because we don’t play many teams that want to throw it as much as they will. It will be a good challenge for our defense.”

While the Maroons will take the occasional deep shot – and Lake Travis gave up two long touchdown passes last week against Hays – they’ll prefer to take work the underneath areas and gain five yards at a time. It’s easier said than done against Lake Travis’ athletic defense, especially with linebacker Watson Cusick and rover D.J. Johnson patrolling those parts of the field.

“Those guys can cover a lot of ground and we are definitely going to have to be aware of them,” Rosenthal said.

Cusick, starting at linebacker after rotating between linebacker and running back last year, is Lake Travis’ leading tackler. Johnson, a junior in his third varsity season, made one of Lake Travis’ biggest defensive plays against Hays, stopping the Rebels on a fourth-down play deep in Cavalier territory after Hays had cut Lake Travis’ lead to 42-29.

Carter knows that Wright will complete his share of passes. The Cavaliers just need to keep him from getting too comfortable in the pocket.

“We know we need to play better as a whole defensively,” Carter said. “The secondary needs to do a better job, but the front has to help them by making it an uncomfortable night for the quarterback.”

“Their running game is a big concern for us,” Rosenthal said. “One of the big differences for them this year is that line. Their quarterback is playing well, but when they decide to run that inside zone and just drive you out of the way, that worries me.”

Weston Stephens, Marcelo Alanis and Gary Gordon have combined for 700 yards and 13 touchdowns. Carter will be pleased if they can continue to pick up yards in chunks, especially between the tackles.

“With [new coordinator Tommy] Mangino, our running game is different than it was last year,” Carter said. “We need to get better at it. We need to be more decisive.”