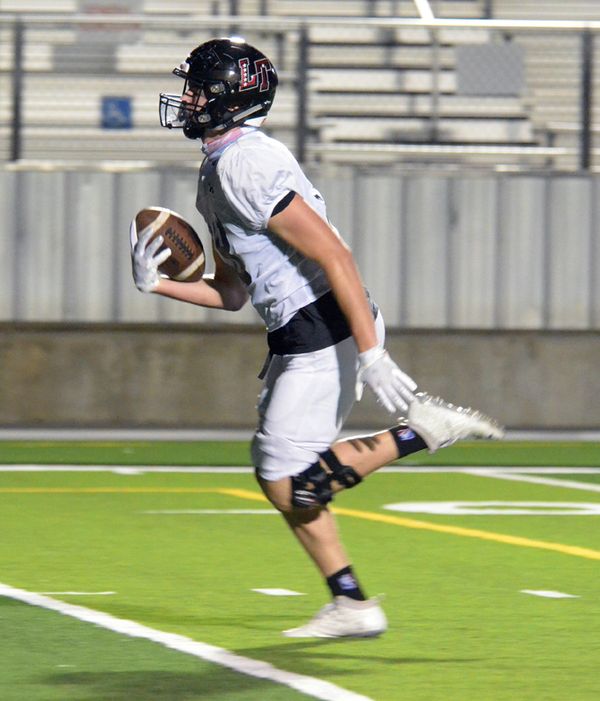 Happy - if not (yet) triumphant - returns highlight Cavs' intersquad scrimmage

By mid-September in a normal high school football season, Homecoming games start to pop up on the schedule.

But this isn’t a normal football season. While schools at the 4A level and below are off and running – Llano upset San Saba to celebrate its homecoming on Friday – the larger schools can’t play games until Friday.

Lake Travis doesn’t open the regular season until Oct. 1, and homecoming remains a month away, scheduled for Oct. 23 against Austin High. That didn’t stop coach Hank Carter from welcoming some key players back to Cavalier Stadium during an inter-squad scrimmage Friday night.

“Of all the things I saw Friday night, I really enjoyed seeing all of those guys coming back from devastating knee injuries they suffered last year,” Carter said.

A group that includes Lake McRee, Nathan Ellisor, Marcelo Alanis, Trey Dorsett and Noah Byrd all saw their 2019 seasons impacted significantly by major injuries. Ellisor, a kicker and punter, suffered a knee injury during the 2019 spring game while battling for playing time at linebacker. McRee tore his ACL in one of the first fall practices. Dorsett’s injury came in the second game. Alanis got hurt against Westlake. Byrd missed the bulk of the season as well.

“It was tough for those guys to miss [the games they missed] last year,” Carter said. “It was just great seeing them back out there competing again.”

All made their presence felt in the 90-minute scrimmage.

McRee, one of the team’s top players, caught a touchdown pass from Isaac Norris.

“He is running around making plays,” Carter said of the USC commit. “He looks big, fast and explosive.”

“I’m 100% clear and I feel as good if not stronger than before,” McRee said. “A lot of people helped me get to this point and I owe them all a big thank you.”

Before injuring his knee against Westlake, Alanis led the team in rushing with his tough, between-the-tackles style.

“It doesn’t look like he’s missed a beat,” Carter said.

He put his bruising style on display Friday while showing a bit more speed, breaking free for a 43-yard run on a play that started at the 2-yard line.

“It felt great to be back out with the guys,” Alanis said. “We’ve got a lot of talent on both sides of the ball and I know we can do something special this year. I’m grateful to get the opportunity to play football again and really excited about our [offensive line]. It’s going to do big things for us this season.”

Ellisor returned from his knee injury during the playoffs and appeared in two games before another nagging injury shut him down. Known for his leg strength, he connected on a 47-yard field goal during the scrimmage and delivered a touchback on his only kickoff. He also took part in punting drills.

Defensive end Dorsett broke into the rotation early last season as a sophomore only to see things come crashing down against Mansfield Timberview. He proved tough for the offensive line to handle Friday night and appears to be ready to rejoin the rotation.

Byrd gives the Cavaliers a versatile player who could figure in the mix as a receiver or a defensive back.

“They are all guys who are going to be in the mix this season,” Carter said.

He knows how much it hurt them not to play, and he knows how hard they all worked to get themselves back.

“It was tough last year,” Carter said. “It’s just great to see those guys out there again on that field contributing.”