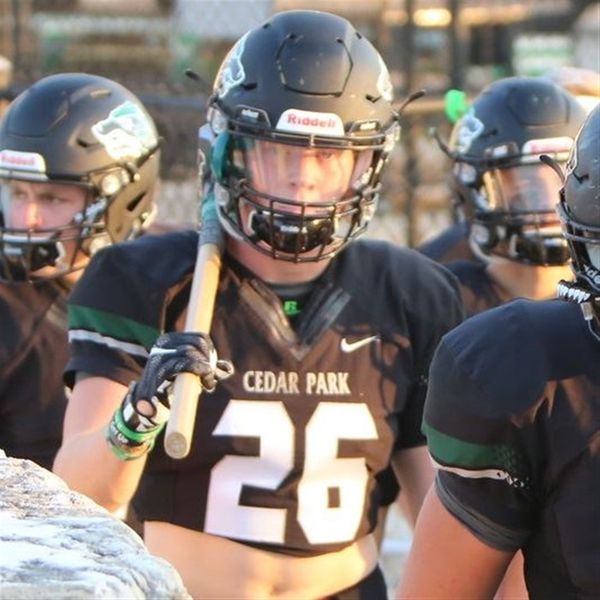 Defensive spotlight: Back from Cedar Park, Henry looking to finish high school career where it started

One of Lake Travis’ newest defensive faces is actually quite familiar to some of his senior teammates.

Hunter Henry, who figures to play a variety of positions including safety, linebacker and rover, played at Lake Travis as a freshman before moving to Cedar Park. After two years as part of the Timberwolves’ Black Reign defense, Henry’s back at Lake Travis. Cedar Park’s sudden loss is Lake Travis’ gain.

“It was kind of a surprise coming back,” Henry said. “My parents had been thinking about it and over time they thought it was a better move for their jobs and the family. When they pulled the trigger, I kind felt, ‘so whoa, we’re moving now.’ So we packed up and moved.”

At Cedar Park, Henry played anywhere from cornerback to linebacker, something he’s willing to do at Lake Travis.

Lake Travis will use his versatility to help the back end of the defense come together. Henry could slot into the high safety spot that’s been played by Chris Roller, Austin Hiller and Nathan Parodi in recent years. He could also slot into the Rover spot, a hybrid between safety and linebacker, most recently occupied by Brayden Roeder, Aidan Estrada and James Bailey.

“We’ll just have to see what our best combination will be,” Lake Travis coach Hank Carter said. “We have lots of options in the secondary.”

Henry spent the spring getting reacclimated to Lake Travis. Coming from Cedar Park – a program similar to Lake Travis in style and expectations – the transition proved nearly seamless. He said the intensity with which players go through everything from conditioning to practice sets the two programs apart from others.

“The intensity that both schools bring to practices, to training, that’s just different from most other schools,” Henry said. “Some schools don’t want to work hard enough, and here, that’s just not allowed.”

Henry spent the summer working on his conditioning and making sure he’s primed to help Lake Travis start a journey that players expect will lead them back to AT&T Stadium in December. He’s battled a hamstring issue through preseason practice but appears on track to open the season in the lineup Friday at Arlington Martin.

“I feel like we can make it,” he said. “I know there is work that needs to be done. We have to do a lot of small things and once we get those down it’s just about fine tuning and I think we’ll be ready for state.”

For Henry, it would be an extra step. Both of his seasons at Cedar Park ended with third-round losses to Manvel. He’s motivated to help his past and present teammates stay focused on the details they’ll need to perfect to reach their goals.

“We just have to do the small things right,” he said. “On defense you have to make those clutch tackles. On third and one, you have to stop them.”