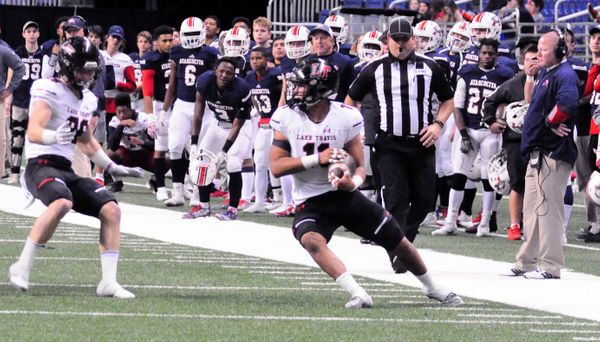 O'Connor may be local, but Lake Travis feels right at home in Alamodome

The second and third games of Saturday's playoff tripleheader in the Alamodome pit Austin area schools against squads from the host city. After Lake Travis faces San Antonio O'Connor, Westlake squares off with Cibolo Steele.

While the Panthers and Knights figure to draw bigger crowds that could make things difficult for their visitors just up IH-35, neither Austin team figures to shy away from the moment.

While O'Connor may be the local team, Lake Travis is no stranger to the Alamodome. When the Cavaliers have been in Region IV, they've selected the stadium as their first-choice neutral-field location for match-ups against teams that have at least as far to drive. More often than not, opponents have agreed to meet Lake Travis in the dome.

Despite not playing a game in the dome from 2012-2015, the Cavaliers have played there12 times since 2004. Ten of the games have been playoff games. Lake Travis lost its initial visit in 2004 but has rolled to 11 consecutive wins since that game, most of them convincing in nature. Only Texas City, Westwood and the aforementined Steele have stayed within 14 points of the Cavaliers.