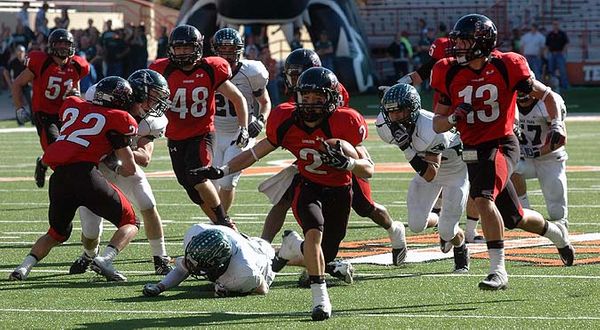 When Lake Travis and Judson meet for the second time this season in Saturday’s 6A, Division I Area playoff game, the game marks the seventh time the Cavaliers have played the same team twice in a season.

“It doesn’t happen often,” Lake Travis coach Hank Carter said of his team’s chance to avenge a regular season loss. “We don’t want to start losing a lot of games in the regular season, either, I can assure you.”

Carter hopes Saturday mimics the 2010 season’s rematch with Cedar Park. The Cavaliers exacted a most painful revenge, beating the undefeated Timberwolves 21-20 in the 4A, Division 2 regional final that served as a springboard to the school’s fourth state title.

Just as they did with the Timberwolves in 2010, the Cavaliers will look to avenge a regular-season loss to Judson at Darrell K Royal-Texas Memorial Stadium, a building in which the Cavaliers have never lost.

“We’ve got a pretty good record over there,” Cavaliers coach Hank Carter said Tuesday. “We want to try and keep that.”

Indeed, his team has won all five games it’s played at the University of Texas. Lake Travis’ trips to DKR include two regular-season wins over Westlake, two playoff wins over Cedar Park and a playoff win over Killeen.

The Cavaliers haven’t played at DKR since 2011, and Carter said coaches should feel obligated to take advantage of these opportunities when they present themselves.

“When we have this opportunity – I don’t know about you but I never got to play in the University of Texas Stadium when I was in high school – we need to do it,” he said. “It’s really cool to go play at a stadium with so much history. It’s so familiar to these kids. All of them have been to games over there. Now they are going to get a chance to play one.”