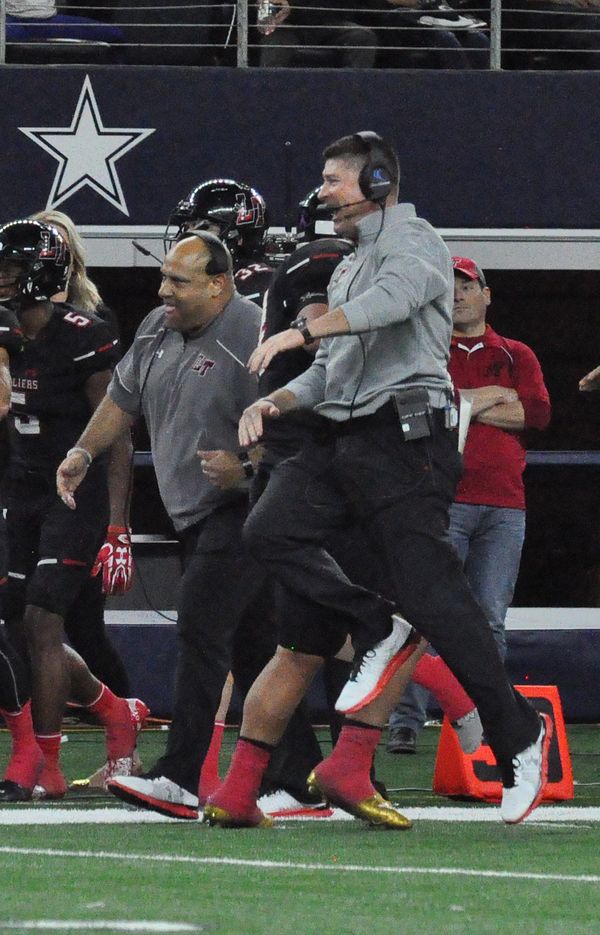 Friday’s 49-14 Bi-district playoff win marked Hank Carter’s 100th win as a head coach, all of them coming at Lake Travis.

“That’s due to being around a lot of amazing players, coaches and trainers,” Carter said. “It’s awesome.”

He’s won 71 of 79 regular season games and 29 of 33 playoff games. His first win came in his first Battle of the Lakes, a 32-21 win over Westlake at Royal Memorial Stadium. His teams have beaten Denton Ryan, Waco Midway and The Woodlands to earn state championships.

“Every day here has been a blessing since I got here, I can assure you,” Carter said. “I would never have envisioned a lot of things that have happened since I’ve been at Lake Travis and that’s just another one. Now I’m ready to go for another hundred.”

That quest begins Saturday, back in DKR, for an Area Playoff game against Converse Judson.