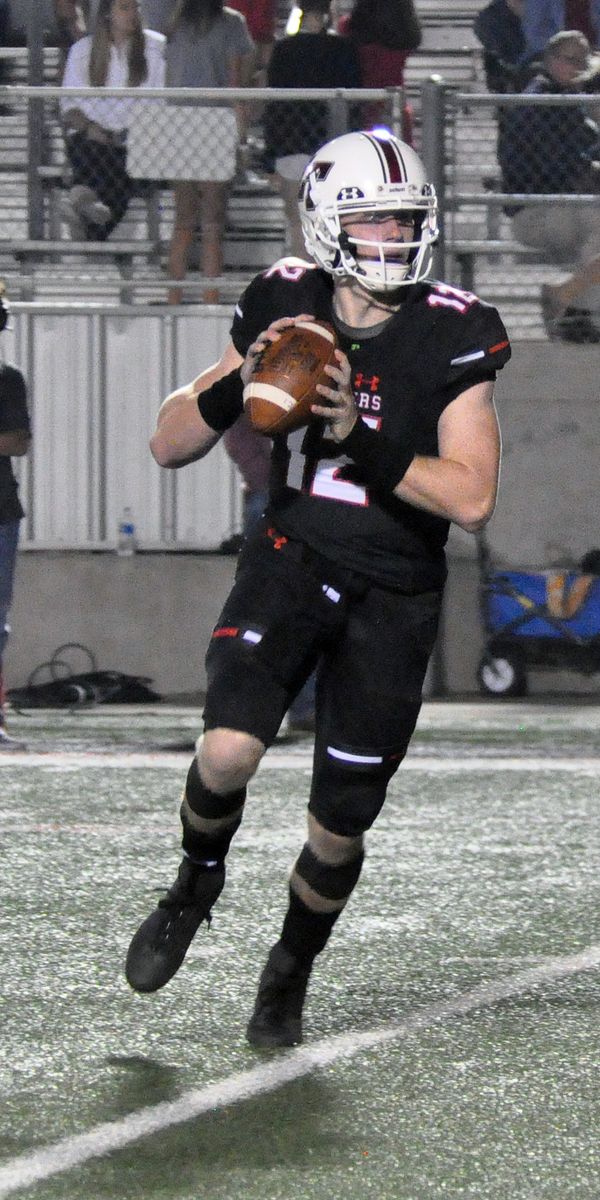 Behind Baldwin's 7 touchdown passes, Lake Travis pulls away from Hays in district opener

Baldwin completed 22 of 27 passes and connected with Garrett Wilson on touchdown throws of 35, 42, 61 and 70 yards. Hudson Card caught Baldwin’s other three touchdowns.

“We got rolling early,” Baldwin said. “We knew what Hays was going to show us and we knew how to beat it.”

Card drew single coverage early in the game and Baldwin found him early and often.

Lake Travis jumped out to a 13-0 lead but couldn’t put the Rebels away. Thailand Mayberry rushed for 100 yards before halftime, and the Rebels led 21-20 after his 1-yard run with 4:11 left in the second quarter.

But the Cavaliers scored the game’s next 19 points and took a 39-21 lead midway through the third quarter. Wilson’s first touchdown late in the second quarter started the run, and Ty Badciong recovered a Mayberry fumble on Hays’ next play to set up Cameron Dicker’s 27-yard field goal to close out the half. Dicker added a 44-yard field goal to open the third quarter, and Wilson’s 42-yard score gave Lake Travis a seemingly comfortable 39-21 lead, but Hays closed the gap again.

Xavier Martinez ran for a score and then hit Gentry Brawith for another as the Rebels closed to within 39-34, taking advantage of Jaidon Bialaszewski’s interception of Baldwin.

”I think we played a pretty good game,” Baldwin said, “but we’ve still got a lot of stuff to work on. The offense didn’t play perfect at all.”

Lake Travis regained control as Wilson got behind the Hays defense twice more. He finished with 225 yards receiving on seven catches.

Both Baldwin and Wilson tied single-game school records with their touchdown tallies. Baldwin's seven touchdowns tie the mark set by Garrett Gilbert, who threw seven touchdown passes in a playoff win over Beeville Jones in 2007. Wilson's four touchdown catches equal the mark set by Zach Austin (Judson, 2012), Jason Bird (Jones, 2007) and Griffin Gilbert (Aledo, 2011). They narrowly missed single-game records for passing yards (Gilbert, 474 vs Dayton in 2007) and receiving yards (Austin, 227 vs Judson in 2012) in a game.

Mayberry led Hays’ offense with 138 yards rushing and caught six passes for 51 more yards. Martinez completed 20 of 27 passes for 189 yards and two scores for the Rebels. One week after shutting out Hendrickson, Lake Travis’ defense allowed 34 points and 411 yards.

“With a young team, inconsistency isn’t a surprise,” Lake Travis coach Hank Carter said of his defense. “We’ve got a long way to go still. We did some good things and we’re 1-0 in district.”