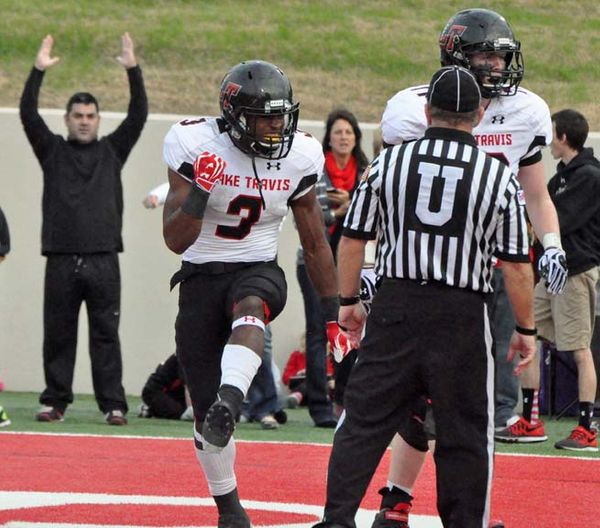 Jesuit College Prep, one of a few private schools that competes in the UIL, calls among its alumni one of today’s more recognizable athletes. Jordan Spieth, the world’s third-ranked golfer, won three state UIL state boys golf titles during his time at Jesuit before leading Texas to the 2013 national championship and turning pro, where he’s won Masters and U.S. Open titles, both in 2015. U.S. Representative Michael McCaul also graduated from JCP.

Current Texas Longhorns receiver Jake Oliver enjoyed one of the state’s most distinguished receiving careers while starring for the Rangers. Oliver earned Parade All-America honors after setting the Texas High School record with 308 career receptions. The total ranks second all-time nationally. Oliver also finished with 4,567 high school yards and 56 touchdowns. After two seasons without a catch on the 40 Acres, Oliver made his first three catches in Sunday’s win over Notre Dame.

Sticking it to ‘em

The Rangers have won at least eight games every year since 2011, but that streak is in jeopardy following an 0-2 start this season. Jesuit has lost to De Soto and Plano East, allowing an average of 49 points. Lake Travis, fresh off a 59-point effort against Steele, could send Jesuit to its worst start since 2008, when it started 1-3. In 2013, Jesuit also started 0-2 but rebounded to reach the Regional semifinals when they were eliminated by …

Lake Travis knocked Jesuit out of the 2013 playoffs in the only meeting between the schools. The Rangers started strong but couldn’t keep up with the Cavaliers, namely running back Shaun Nixon. The future TCU Horned Frog ran through and around the Rangers’ defense for a school-record 337 yards and five touchdowns. Jesuit led 24-21 at the half before Lake Travis rallied for a 55-30 win.