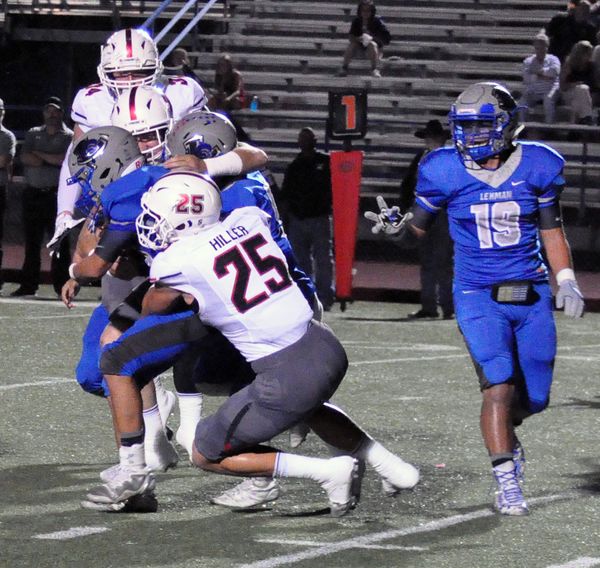 As Lake Travis marches toward the ultimate team goal, several Cavaliers have continued to climb toward the top of the school's (unofficial) record books.

Dicker the kicker made 135 straight extra points to start his career before banging one off the left upright against Smithson Valley…He has hit 144 of 145 in his two years as the team's kicker. The 144 PATs rank second all-time to Kramer Fyfe (157). With his field goal against Los Fresnos, Dicker became the career lead in made field goals (19), moving ahead of Kramer Fyfe and Kevin Marcotte. He’s also second all-time on the scoring list for kickers with 201 (Fyfe, 211).

Brewer has climbed past his brother Michael into second place on Lake Travis’ all-time passing lists in touchdowns (97), completions (529), attempts (759) and yards (7,485). All-time completion leader Garrett Gilbert completed more passes in his three-year Lake Travis career (898) than Brewer has attempted. Charlie has surpassed Todd Reesing on the all-time completion percentage list leading the way at 69.7 percent. His 2016 completion percentage of 77.2 is also a school record.

Barkley has passed the 1,000-yard rushing mark, the school’s 10th such season. His 1,167 yards rank 7th on the single season list. He averages 10.24 yards per carry, the highest average for someone with at least 100 carries. With 1,853 career rushing yards, he ranks 6th all-time. His career average of 9.8 yards per carry is the best in school history. His 48 career touchdowns rank 3rd all time (Shaun Nixon, 67; Andy Erickson 50). With 1,718 career receiving yards, Barkley joins Nixon and Erickson as the only players with at least 1,000 yards rushing and receiving. He also ranks third on the career points list with 288 (Nixon 404, Erickson 300).

Hiller has tied Zach Streuling atop the all-time solo tackle list with 193. With 288 total tackles, Hiller ranks 5th all time (tied with Ian Lazarus and Mateo Lopez). He shares the career interception record of 9 with Chris Roller.