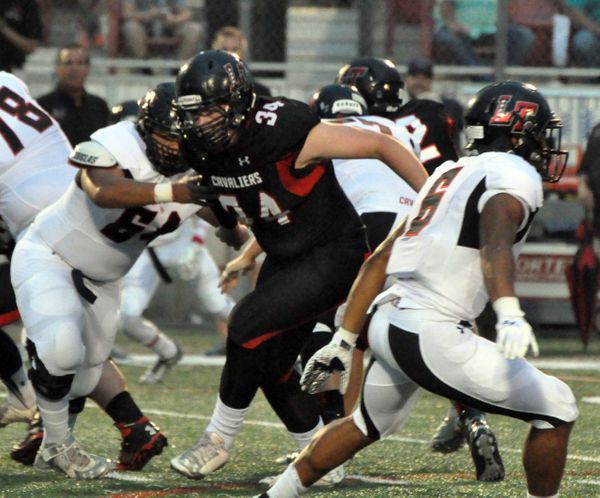 Friday’s kickoff at Midway will bring sweet relief to Lake Travis. The offseason has been one long look in the mirror, and the Cavaliers are ready to put the lingering frustration of last season’s surprising second round playoff loss against Spring behind them.

Throughout the long off-season, the Cavaliers worked with a greater sense of purpose and appear ready to reap the fruits of that work. The defense has gotten used to the expectations of new coordinator Ryan Luedecke. The offense, full of young first-time starters a year ago, has benefited from that experience, along with a full year working under coordinator Mike Wall.

But more than what happens on Friday nights between the lines, the Cavaliers say the biggest difference – and maybe the most telling difference – between this team and last year’s comes in the chemistry department.

“Last year, we just didn’t have a team connection like we should have,” said senior DT Tevin Paul, never one to mince words. “Last year it was horrible. There were some people in the locker room who were cancerous. I don’t know how to explain it. Some people didn’t get along with each other.”

“I feel like last year we had some minor distractions that didn’t really help us out a lot,” Gibbs said. “…Some kids last year weren’t as focused as what we have this year.”

Head coach Hank Carter noticed that the chemistry among this year’s team – starting in the spring and continuing into the fall – has been a strength.

Talent helps, but talent can’t overcome all. When faced with adversity, talent needs teamwork. It takes the entire roster of 64 working toward the same goal with the same purpose. Need proof?

So how’s the chemistry improved? Graduation helped – chemistry benefiting from the mathematical theory of addition by subtraction, if you will. The returning players took care of the rest. Hard work in group settings, both at school and away from it, and lots of it. Players say they feel the difference already.

“This year I think our team means business,” Gibbs said. “I feel like the focus level that we have this year is going to make us so much better. Everyone wants to win a state championship. That’s the only thing on our mind.”

“We have a different state of mind,” said junior WR Maleek Barkley. “We’re all [hungrier]. We’re all more dedicated.”

Friday night, the Cavaliers will conduct the first experiment on what they hope is a long road toward proving their hypothesis. They hope it’s a success.