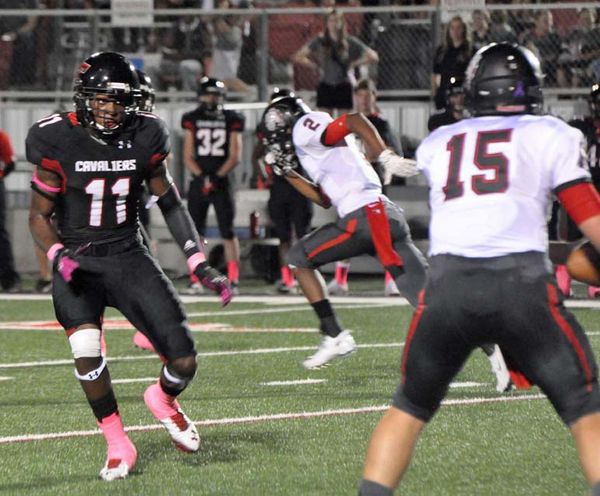 A look at week 6 through the years

With a struggling offense, Lake Travis coach Keith Tuck turns to freshman quarterback Greg Wiggins against rival Dripping Springs. The Cavaliers kick a field goal to open the scoring only to see the Tigers run off the next 45 points. Lake Travis goes on to lose seven of the next eight week 6 games.

Lake Travis tops Lockhart for its second consecutive win on the season. Nick Bird passes for 270 yards and touchdowns to Todd Reesing and Justin Pollard in the 28-6 win. The win starts a streak of 12 straight wins in the season’s sixth week.

Lake Travis and Hutto meet for the first time in a battle of explosive offenses. The Hippos enter having scored at least 45 points in four consecutive games, and the Hippos score first. Behind Garrett Gilbert and Cade McCrary, Lake Travis scores the next 55 points to break the game open. The pair connects for three touchdowns, and Gilbert tosses six scoring passes on the night in addition to 300 yards on 15 of 17 passing.

Bowie takes the field at Lake Travis fresh off an upset win over Westlake. In a battle of unbeatens, Lake Travis rides its defense to a resounding win. James Bailey blocked a punt, recovered a fumble and sacked the quarterback during a busy first quarter, sparking the Cavaliers to the 43-0 shutout. Shaun Nixon scores four touchdowns and rushes for 194 yards. He adds an 81 yard touchdown catch in the big win. Bowie managed just 130 yards of offense.