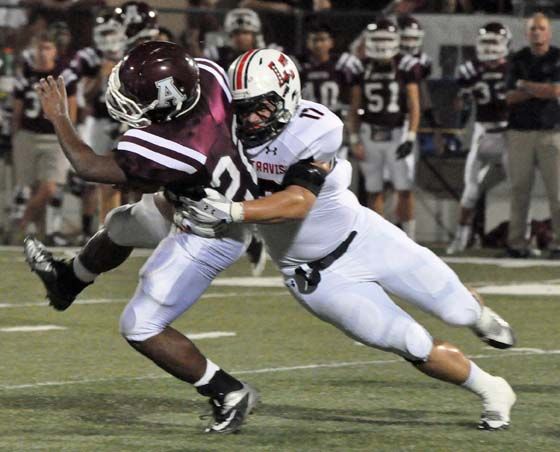 In what would become the Cavaliers’ first playoff season, every win mattered, including a gritty 13-7 win at rival Dripping Springs. Playing without starting running back Rhett Bowen, the Cavaliers turn to Ryan Englehart, who tops the 100-yard mark to lead Lake Travis to a hard-fought win against its arch-rival.

After three straight wins, their first wins in since the 2001 season, Lake Travis stumbles against New Braunfels Canyon, dropping a 23-19 decision in New Braunfels. Lake Travis hasn’t lost in this week of the season since, a streak of 11 straight years.

In the midst of what would become a run to the 5A state semifinals, Lake Travis blanks Anderson 62-0. Six different Cavaliers score touchdowns, including three from Shaun Nixon, and the defense picks up its second shutout of the season.

Playing at House Park on Thursday night, Lake Travis spoils Austin High’s Homecoming game by scoring the first 62 points of the game en route to a 62-6 win. Seven different Cavaliers find the end zone, including reserve running backs Ben Lacey and Luke Laney, who combine for 175 yards and three scores as Abe Willows gets the evening off.