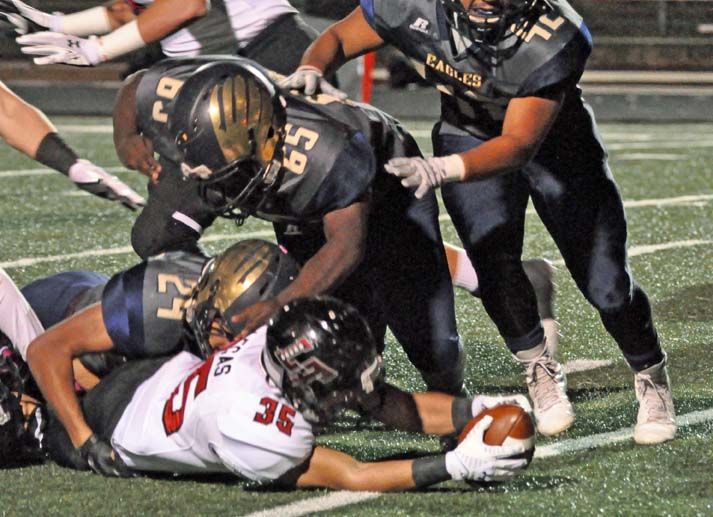 With his kickoff returns for scores against Austin High and Akins, Maleek Barkley becomes the first Lake Travis player with two kickoff return touchdowns in a season.

Lake Travis (5th) and Spring Westfield (8th) are the only top 25 teams from the latest Dave Campbell’s Texas Football poll in Region II, and as fate would have it, they could meet in the second round. The Cavaliers are no strangers to tough Area matchups, having played Malcolm Brown’s Steele team in 2009 and Johnny Manziell’s Kerrville Tivy team in 2010. The Cavaliers lost in last year’s area round to Spring.

Region II also has plenty of familiar faces with the potential for intriguing rematches. Should Lake Travis win its first two rounds, a third round matchup could feature either Highland Park or Waco Midway. Dallas Jesuit and Hendrickson or Spring are potential regional final opponents.

Best of the rest

Region I includes what might be the most intriguing first round matchup in any bracket. Two-time defending state champion Cedar Hill opens with perennial power Southlake Carroll. The winner will be favored to win the region.