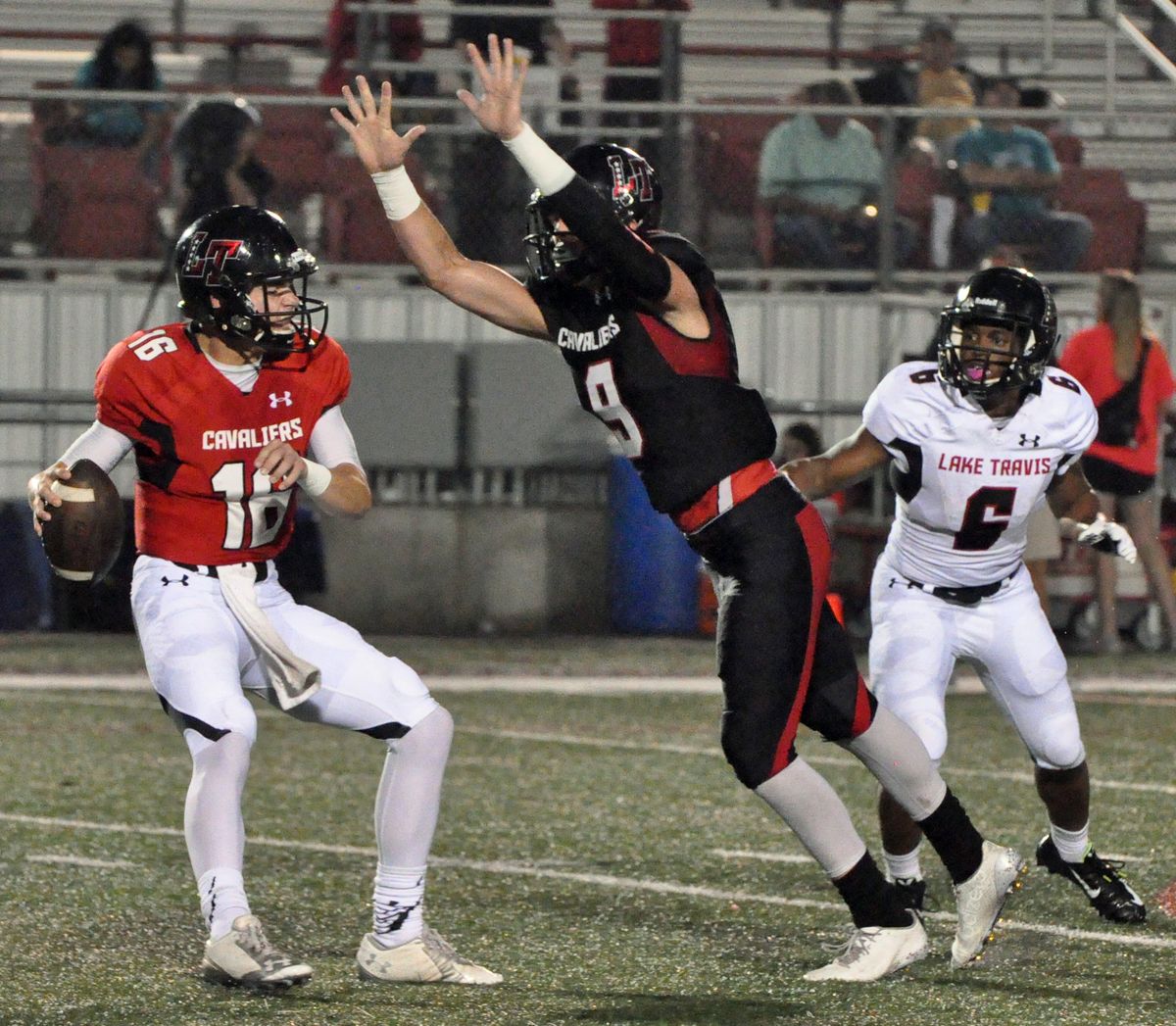 For a football team used to playing at the speed of light, last week’s bye gave Lake Travis a rare chance to take its foot off the accelerator and look in the mirror.

“It gives us some time to work on some things that we may feel too rushed to give a whole lot of attention to in a normal week,” head coach Hank Carter said. “We did that.”

Despite a 3-0 start, Lake Travis has been far from perfect. But the bye gives the players the time necessary to correct little imperfections without the need to study an opponent’s scheme.

“It was a good week for us to self-evaluate and worry about the things we know we can get better at,” Carter said. “It wasn’t a rest week by any means. We had very physical practices.”

In fact, the Cavaliers might have faced their toughest competition of the season last week: themselves. Carter said the team scrimmaged more than usual, practicing starters against starters – good on good, he calls it.

“We spent a lot of time going against one another, offense and defense,” he said. “Whenever we do that, one side’s happy and one side’s not so happy.”

Happy or not, the workouts accomplished exactly what the coaches wanted. Improved footwork by the offensive line, quicker alignment by the defense and better tackling in space were all areas of focus, and Carter likes what he saw coming out of the week.

“We had some good workouts,” Carter said. “I think it was a week where we got better and at the end of the day, that’s what it’s about.”

As attention turns to Friday’s trip to face an athletic Del Valle, Carter expects Lake Travis will reap the benefits of its week of self-examination. Del Valle brings the most intricate defense that the Cavaliers have faced yet, Carter says.

“They do a nice job of changing things up on the back end in their secondary and they send a variety of blitz looks to our kids,” he said.

Though the Cardinals may not have the size to dominate the line of scrimmage, they have athletes who excel in space.

“They make you pay for mistakes in the open field and that’s something we need to see,” he said. “From a defensive standpoint, the more times we can go against speed teams that try to spread the field and make us tackle in space, the better.”