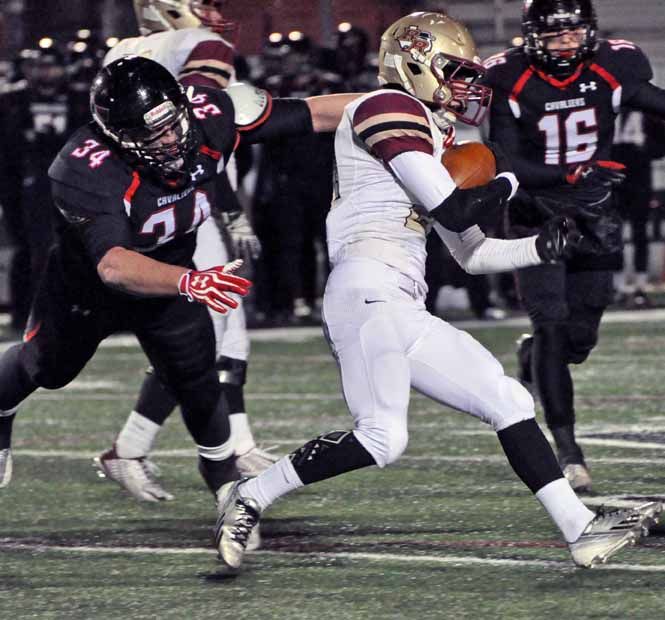 As spring practice kicks off, Cavs looking to replenish talent

Spring football practice opens Monday at Lake Travis, and Cavalier fans and coaches alike can’t wait to get their first look at the 2015 Cavaliers.

“I think we have a talented team,” head coach Hank Carter said Monday. “Offensively, we have a chance to be one of the best offenses we’ve had here in a long time. Defensively, we’ve got to figure some things out in the spring, personnel-wise to get guys in the right spots.”

Over the next four weeks, which will include 15 practices and a spring game that highlights the annual Spring Jamboree, the Cavaliers hope to form the foundation of what Carter thinks can become the next great Lake Travis team.

“Our mantra for next season is going to be ‘leave a legacy,’” Carter said, “so that’s what we’re charging them with. We want to get back to playing football the way we know we can.”

For the first time since the start of the 2007 season, no Lake Travis player has been in the program during a state championship season.

“Our sophomore and junior classes, they are hungry,” Carter said. “They are tired of hearing about what it used to be like. They are ready to put a star of their own [on the helmet].”

Before they can leave that legacy, the Cavaliers must address several key points this spring:

Practices begin Monday. The Cavaliers will not practice on Wednesdays. The spring games take place on May 22 as part of the spring jamboree.