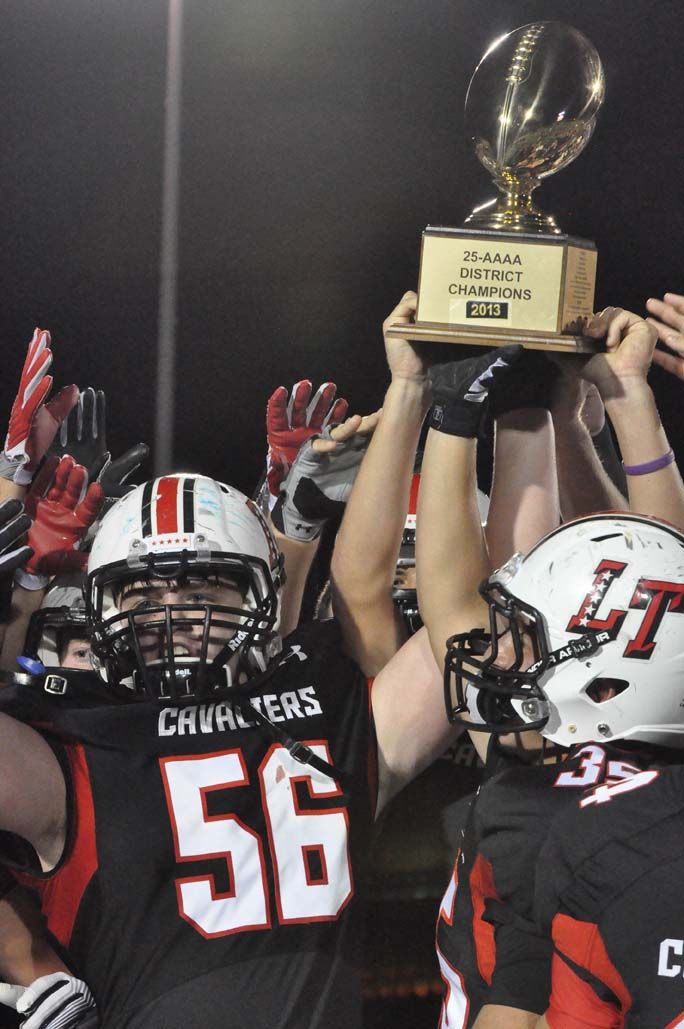 Three reasons Lake Travis will beat Westlake and extend its win streak in the rivalry known as the Great Lakes Showdown to seven games.

Whether it’s been District 25-4A or 15-5A, Lake Travis has been the class of the district and has proven it on the field. Outside of the loss to Cedar Park and some closer-than-expected 15-5A games in the injury-riddled 2012 season, Lake Travis has answered every challenge, including the last two from Westlake. The Chaps thought they had the Cavaliers beaten in both 2012 and 2013 only to see Lake Travis rally late to for district title-clinching wins. While those losses have infuriated the likes of linebackers Hudson Hall and Breckyn Hager – both of whom played significantly in each game – that desire to erase those memories won’t translate into points.

Westlake sophomore quarterback Sam Ehlinger has impressed in his debut season in Todd Dodge’s offense. With more than 1,200 passing yards and 500 rushing yards, sparks the Chap attack. While this isn’t the Red River Rivalry/Shootout/Showcase/Showdown/whatever AT&T tells Texas and Oklahoma to call their game, it is different, even from the Chaps’ opener against Southlake Carroll. The pace is quicker, the intensity higher and the hitting harder than a regular District 14-6A tilt. Many of Lake Travis’ key players have been through this before, including three-year defensive starters Feno Pearson, James Bailey and John Brewer along with Grant Foster, who plays both offense and defense. They prepare to win these games, they expect to win these games, and almost all the time, they win these games.

One of Westlake’s struggles in this game last season proved to be depth – or at least former head coach Darren Allman’s unwillingless to utilize his depth, especially on defense. Through three quarters, many of the Westlake offensive skill players – especially standout Sean Rollings – played defense as well. My best guess is that Westlake used just 17 or 18 different players throughout the night, not counting special teams. By the fourth quarter, the defense was gassed, and Lake Travis took advantage by scoring two touchdowns to rally for the win, keeping the ball for all but six plays in the final 12 minutes.

Lake Travis’ depth and versatility on defense will be enough to keep Westlake’s offense off-schedule. These Cavaliers can line up any way they need to depending on the offensive formation and personnel. Need speed to cover a spread? The Cavaliers can run out five defensive backs (Bailey, Chris Roller, Austin Hiller, Foster and Tanner Bush) and two linebackers who do just fine in space (John Brewer and Jason York). That back seven allows sophomore linebacker Sammy Ochoa to line up at tackle alongside Tevin Paul with Pearson and Garrett Womack outside. Need some bulk? Jayden Hutchings can step in at tackle, moving Ochoa back to linebacker. Aaron Brown-Nixon and D’Marcus Lacy can step in at corner to provide a bit more speed and size, respectively.

Because Lake Travis rotates so many defensive players, the likelihood that they’d wear down against a Westlake attack is very low. Since the season’s second game, Lake Travis’ starting defense has allowed an opponent to score two touchdowns just once – at Hays.