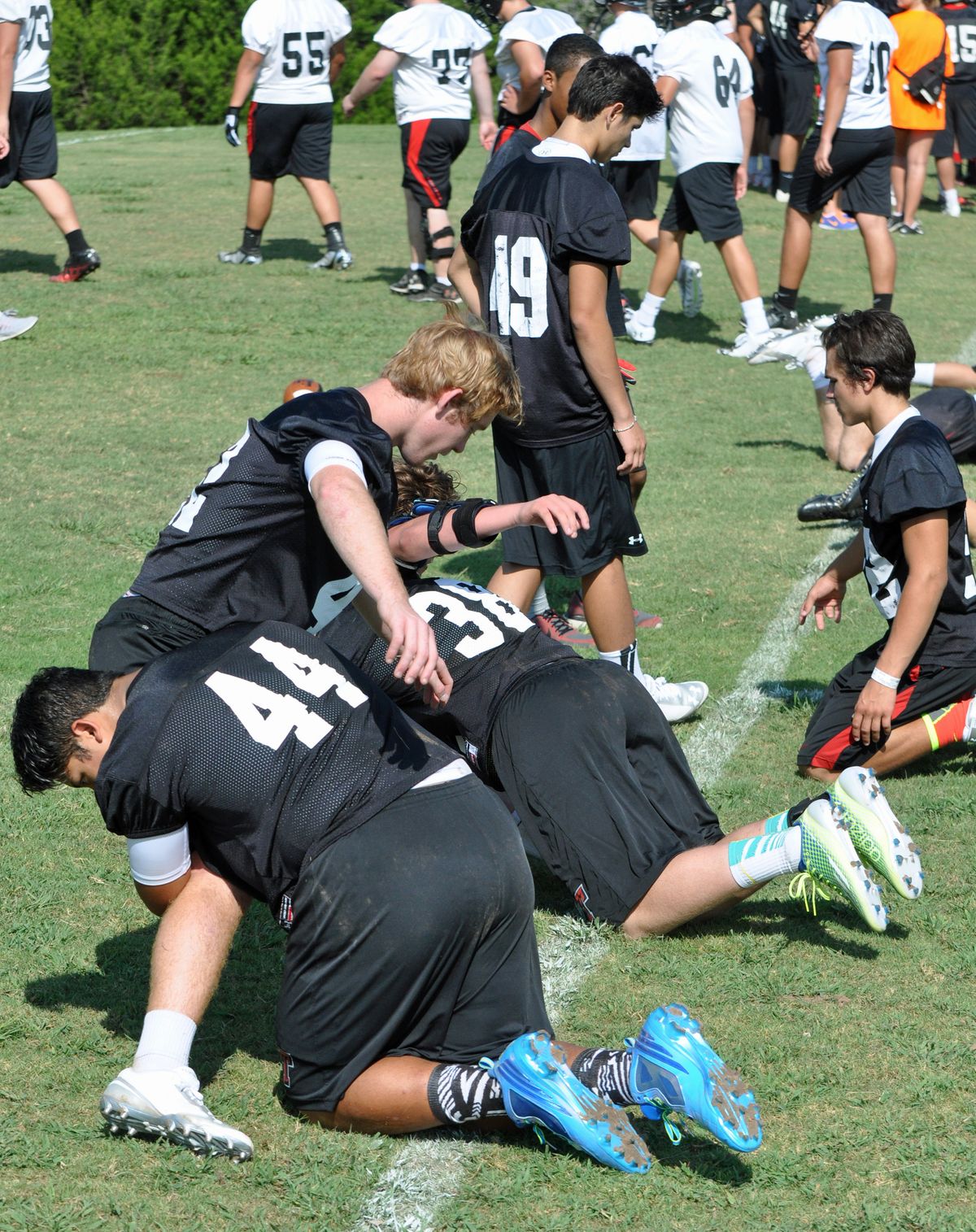 Football coaches have long been secretive about the things that give their team a competitive edge. One prominent NFL coach recently changed his stance on that, and Lake Travis has become one of the teams that hopes to benefit.

This summer, Lake Travis’ found a video that Seattle Seahawks coach Pete Carroll posted on HUDL explaining his team’s tackling technique. Carroll’s post drew attention for two reasons. First, the technique might just be a safer way to teach tackling, especially at football’s younger levels. Second, the coach of the Super Bowl champions – not to mention the NFL’s top defense – decided to share his secret.

“You’re always concerned about that because you’re trying to maintain a competitive edge,” Carroll told Sports Illustrated’s Greg Bedard in a story posted to www.si.com Friday. “But in this case, I think the game is way above that kind of a thought. In an effort to try and help promote the game that we love and also help young people coming into the game be safe, there was really no question that we had to go and put it out.”

“This is what they are teaching their guys to try to take the head out of the tackle,” Lake Travis defensive coordinator Randall Edwards said last week. “We are trying to take hitting with the helmet out so hopefully we’ll limit concussions.”

When the Cavaliers opened fall practice, Edwards had head coach Hank Carter include practice periods each day where the defensive players removed helmets and practiced “Hawk tackling.” It’s been a learning process, but the players are catching on.

Edwards and the defensive coaches are now teaching players to use their near shoulder to hit the opponents near hip or thigh, then wrap up and drive to the ground. When done properly, the defender’s head never hits the offensive player’s body, thereby reducing the risk of concussion, Edwards hopes. Removing the helmets for the drill reinforced the coach’s instruction to not lead with the head.

“It’s near pec[toral], near thigh, wrap and squeeze,” Edwards said. “I’m sure once in a while there will be a time where a kid is going to go in with his helmet, but we’re trying to teach safe measures.”

The technique will have to be one that perfects itself on Friday nights. Edwards said the Cavaliers won’t practice it at full-speed because the Cavaliers don’t tackle during the week.

Lake Travis wrapped up its first week with an intersquad scrimmage Saturday morning. Carter liked what he saw, especially when the first team offense squared off with the first team defense.

“I really liked how the kids picked the intensity up,” he said. “We made some plays on both sides of the ball. Now we just need to figure out who will fit where. I’m very encouraged with what I saw.”

Offensively, sophomore quarterback Charlie Brewer stood out while mixing reps with Kevin Hathaway and Dom De Lira. Brewer threw a pair of touchdown passes, including a long one to Hudson Fife.

The Cavaliers wrap up pre-season work this week with a scrimmage against Vandergrift Friday. Carter said the second week – a full week in pads – always goes better than the first week.

“This week will be a lot easier,” he said. “You look forward to hitting someone else, and you’re another week closer to playing that first week. We’re looking forward to school starting so we can get in our routine on game week.”