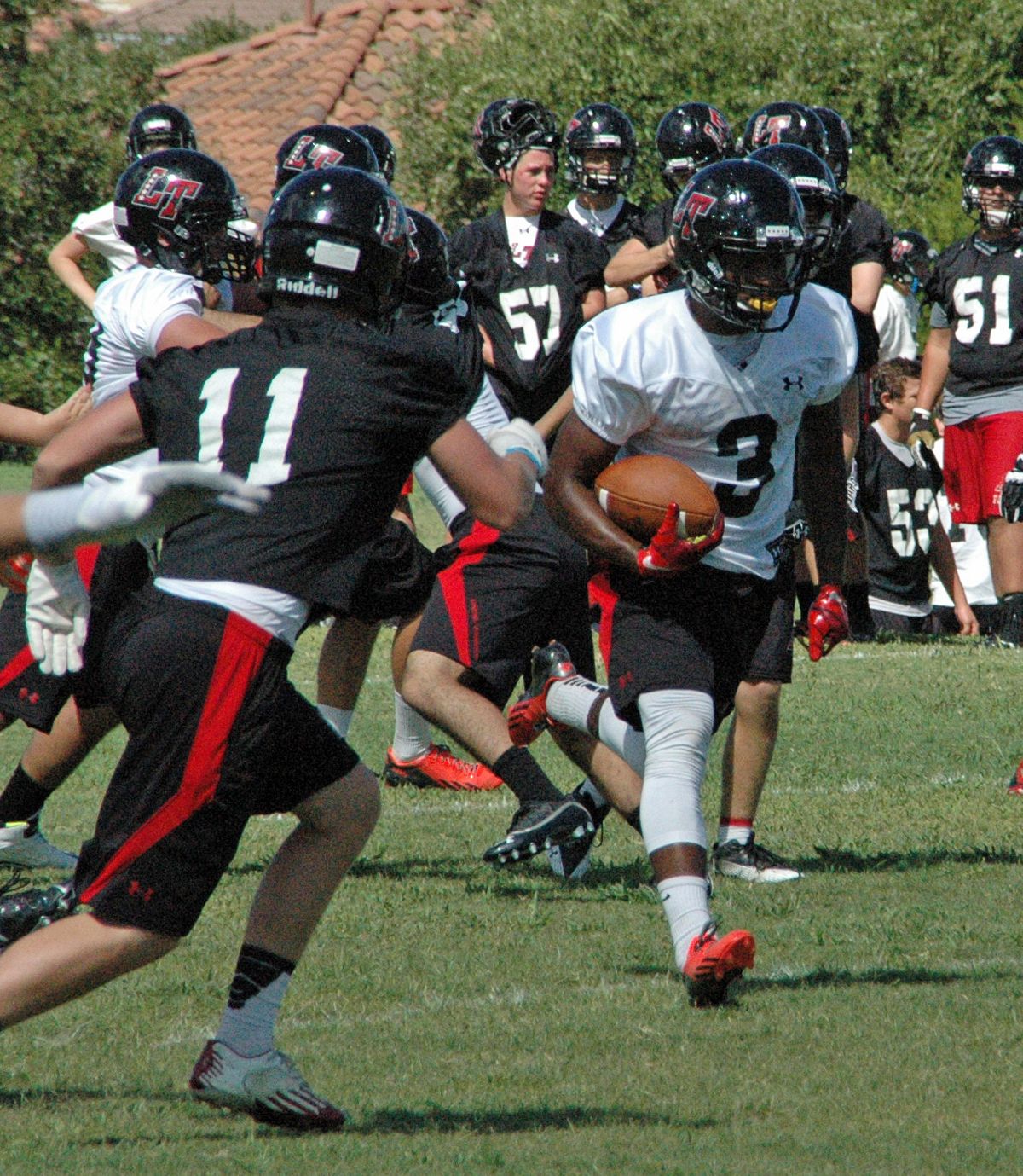 After early playoff loss, Cavaliers look to return to ranks of state's elite

What consolation does a school that saw its state-record streak of five consecutive state championships end take from a district title?

“We don’t settle for winning a district championship,” said Luke Hutton, one of Lake Travis’ senior leaders and the top tackler off the 2012 District 15-5A championship team. “That’s what happened last year and everyone would consider that a bad season.”

It’s not that Lake Travis doesn’t care about the district title, it’s just not the ultimate goal.

Not that a team looking to reclaim its spot at the top of the rankings needs extra motivation, but the Cavaliers found some in what pundits and experts think of their chances this season. Players see that Westlake, their neighbor and fellow 15-5A heavyweight, is the presumptive favorite to not only win the district but compete for a state title (Dave Campbell’s Texas Football).

Rivals.com ranked the Chaps 80th nationally, well ahead of Lake Travis, going so far as to say that “Westlake has regained the upper hand on Lake Travis within Austin, and it has played its way back into the national rankings.”

Not that the rivalry needs anything to fan the flames, but…

The Cavaliers prefer to let the record speak for itself. Lake Travis has won five consecutive games in the series, though last year’s 14-11 thriller proved to be the most competitive since the rivalry began in 2006. A new year is a new year, and while the players don’t appreciate the apparent slight, they can see the logic behind the choice, no matter how flawed they think it to be.

“I know they have a lot of guys returning, but we can’t wait to prove everyone wrong,” Hutton said.

They know proving people wrong won’t happen on the second day of practice, or the second week of the season for that matter. They’re already focused on improving week-by-week, hoping to be as good as they’ve been all season when Westlake visits Lake Travis for the Cavaliers’ regular season finale, but not the best they’ll end up being.

It comes back to the ultimate goal.

“We want to be the best team in Texas,” senior Zach Davies said.

Hutton and Nixon are the only seniors who played key roles during the Cavaliers’ 2011 championship season. They burn to experience that again. They don’t want one off year to ruin what has become their standard, and their expectation. The 2013 goal, Nixon says, is quite simple.