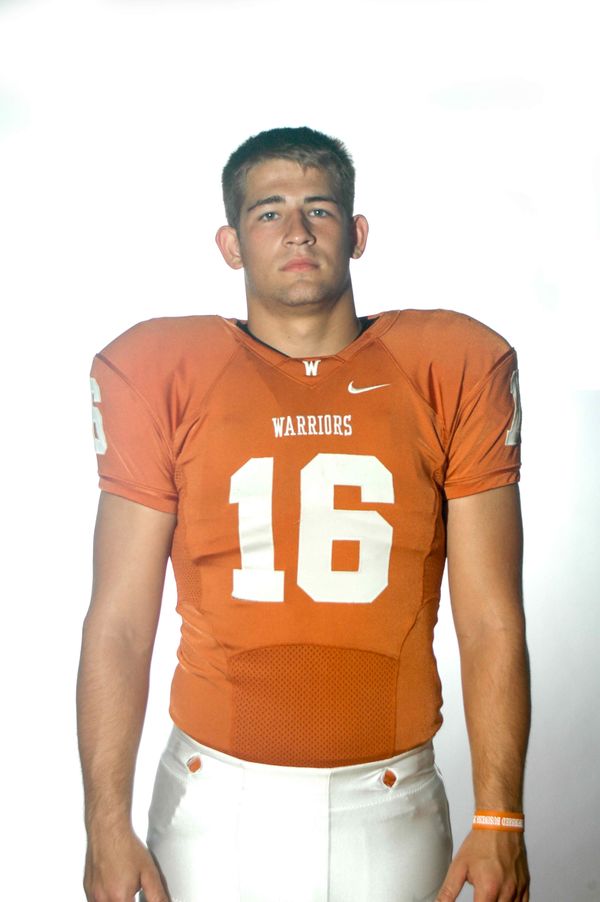 As with any offense, the key to success will start with the quarterback, and Westwood’s quarterback is one who is very familiar with – and familiar to – Lake Travis.

Junior Bear Fenimore leads Westwood’s attack. He’s in his first year starting for the Warriors after backing up all-Centex selection and current University of Texas baseball player Ben Johnson last year. As a freshman, though, Fenimore played at Lake Travis during the 2010 season, and during spring practice he was part of a three-person battle for the starting quarterback position following Michael Brewer’s graduation.

Colin Lagasse won the starting job and Baker Mayfield earned the back-up spot. Lake Travis head coach Hank Carter told Fenimore he wanted the sophomore-to-be to quarterback the junior varsity team so that he’d stay sharp and not sit during the season. When the Cavaliers returned for fall practice, Fenimore had moved and enrolled at Westwood. His emergence as Westwood’s starter adds a bit of intrigue, though not much drama, to Friday’s game, Carter said.

“I don’t think our guys pay much attention to that,” Carter said. “He was very well-thought-of when he left here and he still has lots of friends. We’re not playing Bear. We’re playing Westwood. Honestly, I think the summer stuff [7-on-7] that has developed adds to the rivalry more than Bear going over there.”

Westwood has had some summer success against Lake Travis, beating the Cavaliers in several 7-on-7 tournaments, including the state tournament this past summer.

The coach admits that Fenimore may be familiar with some of Lake Travis’ defensive schemes, but he doesn’t worry much about that.

“Will he see some things that look familiar?” Carter said. “Probably so. But he’s got his offense and he’s speaking those lyrics.”

Carter said the Cavaliers are more concerned with what Fenimore can do than what he might remember. Through two games, Fenimore has passed for 376 yards and three touchdowns and rushed for 70 more yards and two scores.

“We won’t change anything we do,” Carter said. “He throws it better than anyone we’ve seen so far.”