Bracketology: it's not just for basketball any more

Tucked away very neatly near a corner of Hank Carter’s tidy desk sits a partially filled in piece of paper.

The Lake Travis head football coach hasn’t been spending what idle time he has doodling. The paper is a mostly-blank University Interscholastic League playoff bracket for Conference 5A, Division II, and Carter’s trying to look ahead to see what Lake Travis’ playoff picture might look like.

Though it’s early and some districts are just getting into the meat of district play, others have reached the halfway point and the playoff picture – especially which teams would go up to play in the Division I bracket and which might play down in Division II – has begun to take shape. Several websites are tracking teams that have already qualified and teams that have been eliminated, and while the brackets themselves won’t be complete until Nov. 10 or 11, it has become possible to make some fairly educated guesses based on what has happened thus far.

Based on current district standings found on texasfootball.com, if the season ended today, Lake Travis, Westlake, Bowie and Del Valle would capture the four playoff spots from 15-5A. Del Valle and Bowie, based on higher enrollments, would move up to the Division I bracket, leaving Lake Travis and Westlake to play in Division II. Who the Cavaliers and Chaps would play in the opening rounds – and beyond – will likely depend on who wins the highly-anticipated Nov. 9 matchup at Westlake.

“It looks like it will mean more than [who wins] district,” Carter said Tuesday. “It may be for playoff seeding.”

If Lake Travis wins the annual battle of the lakes and enters the playoffs as the district’s top seed, the Cavaliers would meet either Pflugerville or Hendrickson in the opening round and, surviving that, would meet the winner of defending 5A-II champ Spring Dekaney or Lufkin. The regional semifinals could bring Dallas Jesuit or Longview.

Should Westlake claim the 15-5A title and top seed, the Cavaliers would potentially meet either Pflugerville or Hendrickson in the opening round and could earn a rematch with A&M Consolidated should the Tigers beat Klein. The potential regional semifinal in that bracket would include McKinney Boyd or Mesquite Horn.

Of course all that could change come next week. Many of the other districts in Region II are far from settled, and the teams battling for the third and fourth playoff spots could juggle which schools go Division I and which go Division II.

As things currently stand, the Division II bracket would include top-ranked (Associated Press poll) Katy in Region III, third-ranked Steele in Region IV, fifth-ranked Abilene in Region I and ninth-ranked Lake Travis. Regions I and II meet in one semifinal, III and IV in the other. Midway (Region I) and Port Arthur Memorial (Region III) also received votes for the AP top 10.

In District 15-5A, there are no circumstances that would send Lake Travis to Division I. With an enrollment of 2,217, the Cavaliers are the second smallest team in the district, larger only than winless Anderson who, with its 2,046 students, will not qualify for the playoffs. 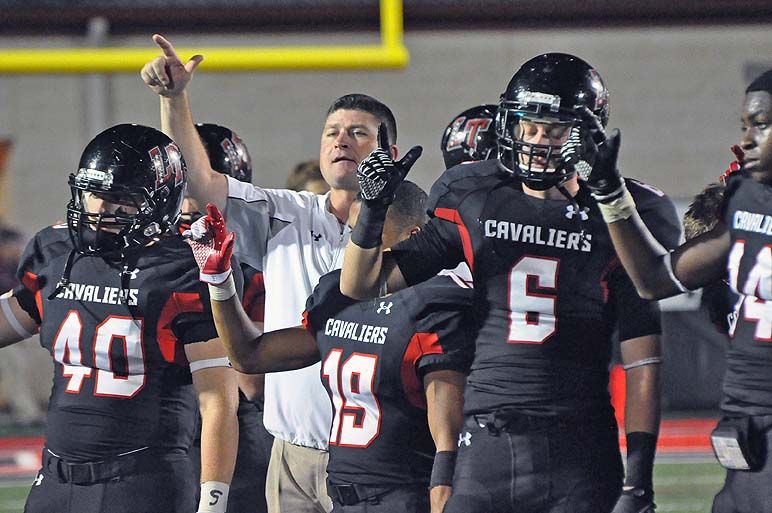